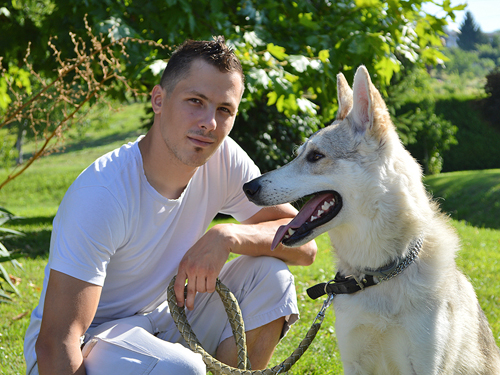 Dino was born in Zagreb, Croatia where he currently lives together with his wife, two children, five dogs and five rescue cats. He studied IT in Velika Gorica (Croatia), focusing primarily on networking. After college, he got an offer to work in Frankfurt, Germany at Hi-Fi Profis, a high-fidelity audio store. There, he discovered a huge interest in installing high-end audio equipment (home entertainment systems). He took several more educational courses to broaden his knowledge of audio systems and home networking.

After 9 months, Dino went back to Croatia and started to work at Sonus Art (a high-fidelity audio store in Zagreb). There, he worked on home audio installations, IT support, and customer support. It was at this same time that he met his future wife, Debby, while she was out walking her two Tamaskan Dogs, Jasper and Vixen. Soon after, he entered into the world of the Tamaskan breed and the rest, as they say, is history. After 7 years of working at Sonus Art, Dino decided to quit his job in order to focus his time and effort on the development of the Tamaskan breed, together with his wife. Dino is the main point of contact for all things concerning Tamaskan Dogs in Croatia.

[Fluent in Croatian, English and German.]